“We Back, Baby”: Inside Day Trip, the First Post-Pandemic Music Festival in Southern California 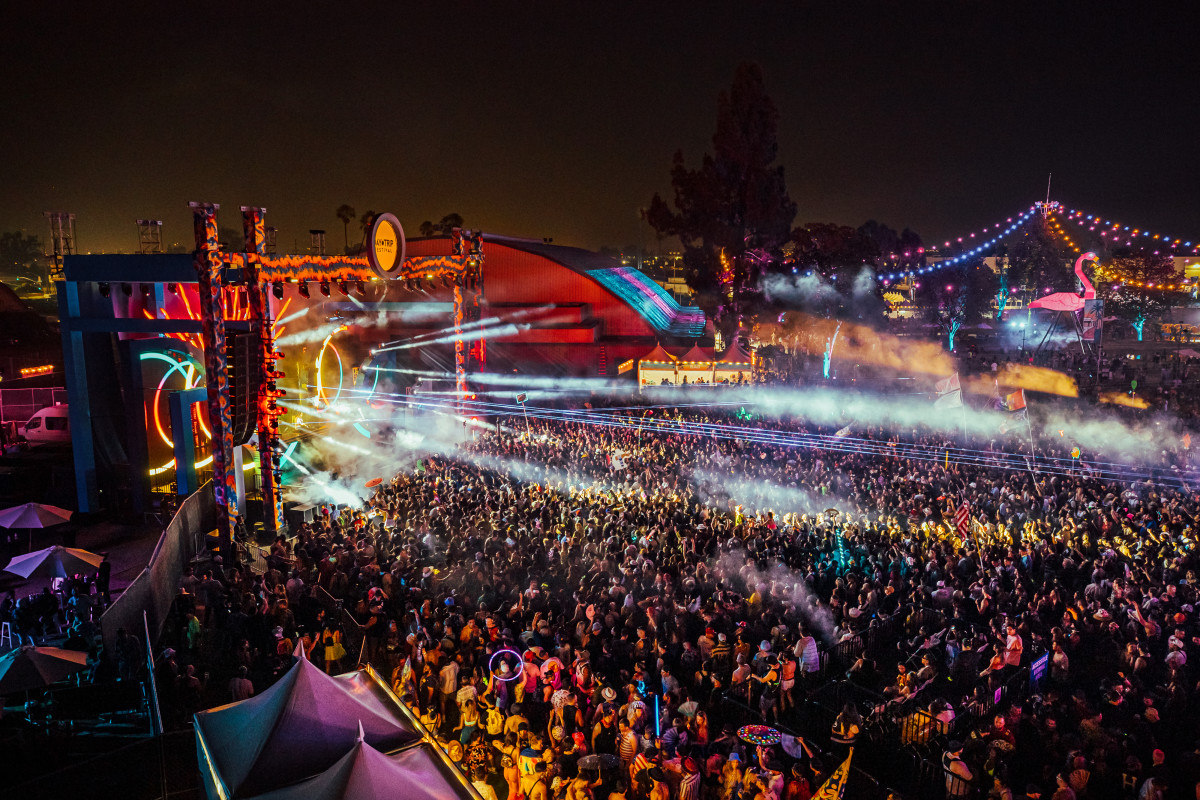 Peppered with confusion, bewilderment, and apologies, the road to Day Trip was a windy one. But Insomniac delivered.

Marking the return of music festivals in Southern California, the event was pure bliss—a stark contrast to the troubling week leading up to it. After an unprecedented two venue changes in the weeks prior to Day Trip, the fabled promoter pulled a rabbit out of its hat and hosted a radiant masterstroke of a music fest.

In the aftermath of the explosive EDC Las Vegas postponement debacle, all eyes were on Insomniac founder Pasquale Rotella ahead of Day Trip. In late June Rotella moved the house music-focused fest from the LA Waterfront to The Lot at Hollywood Park to allow for a more spacious layout and additional ticket sales, prompting backlash from attendees who had booked non-refundable hotels.

About a week later Insomniac announced another move just days before Day Trip's gates were to open, lighting a fuse in the EDM community that would have detonated in nasty fashion if not for what happened next. After the second switcheroo Rotella felt compelled to issue an apology, taking to Instagram to extend an olive branch to all ticket-holders, who would eventually receive an automatic refund and still be able to attend the event.

The lot of San Bernardino's NOS Event Center—by day a humdrum car park—was transformed into a summery utopia, with its fountain-laden lagoon flanked by the event's two hulking stages. And while we were only able to attend Saturday, stepping foot onto the shimmering festival grounds was all we needed to know that the inaugural Day Trip won't be the last.

Unable to fulfill their initial promise of offering epic Pacific Ocean views courtesy of the LA Waterfront, Insomniac needed a new pièce de résistance for attendees: fishbowls. After all, there's no better way to distract adults than with liquid courage.

The giant, neon liquor globes were a nice touch. In a way, they were emblematic of the festival itself—a sun-kissed bubble that invited you to be hedonistic after a year in isolation.

Luckily the fishbowls contained a lot of alcohol so you really only needed one, but they had enough sugar to send a glucose missile through your stomach and straight down to your wallet.

After a few breezy sets from the likes of deep house vet Nora En Pure and fast-rising Chicago artist John Summit, among others, the Deep End stage quickly filled up for the Grammy-nominated MEDUZA. They dropped a scintillating set as sundown creeped in, tying a bow on the performance by dropping their breakthrough hit "Piece Of Your Heart."

Iconic German producer Claptone then went on to took the stage, where he performed a typically riveting tech house set underneath an array of glittering disco balls. A surefire highlight came when he dropped his track "Zero" as a parade of drones coalesced in the sky to spell out "WE BACK, BABY!!"

However, any momentum at Deep End was quickly dashed by an esoteric Diplo, who approached his selections as if he was performing at Burning Man. His tribal, jungle-influenced set felt misplaced—a far cry from the soulful, carefree disco sound of his venerated Higher Ground imprint.

Those interested in more of a classic Insomniac festival experience were better off at the High Tide stage, where Night Bass boss AC Slater concurrently threw down a rollicking set rife with the club-driven sound that has propelled his flagship record label to international prominence. Earlier in the day, the stage offered similar high-energy performances from J. Worra, Dombresky, and SIDEPIECE, the collaborative nom de plume of Party Favor and Nitti Gritti.

Headliner Tchami then picked up right where Slater left off, dialing up the energy with bass house bangers like Dr. Fresch and Marten Hørger's "Take a Step Back" and TS7's UK garage hit "Skanker."

Pitfalls of a first-year festival

Despite the triumphant feel of the event, it's important to note that even a veteran promoter like Insomniac is prone to mistakes when hosting a first-year festival—especially when scrambling at the last minute.

The sound emanating from both stages didn't just bleed—it hemorrhaged. It was impossible not to hear the thunderous bass of the opposing stage during the festival's entirety.

Perhaps it was due to the massive lagoon at the epicenter of the venue, considering the fact that sound travels further over water. The dolphins of the Pacific should be doing celebratory backflips after Insomniac switched venues.

Securing an Uber or Lyft at the end of the night was a nightmare. Rideshare supply was low and demand was sky-high. Arrowhead Avenue was teeming with exasperated ravers, and while it wasn't quite Lord of the Flies, the sidewalks were filled with enough people to make a fire marshal bite their nails. However, the onus is more on the infrastructure of San Bernardino than the organizers of Day Trip, who only had days to plan and pull off the event's logistics.

These mishaps are just par for the course, though. A little rust is to be expected after a lost year—and a mad dash to the finish line. There's no doubt Insomniac will shake it off in no time as the company returns to its blue-ribbon form.