Will Daft Punk ever tour again? Here's everything we know about their possible return 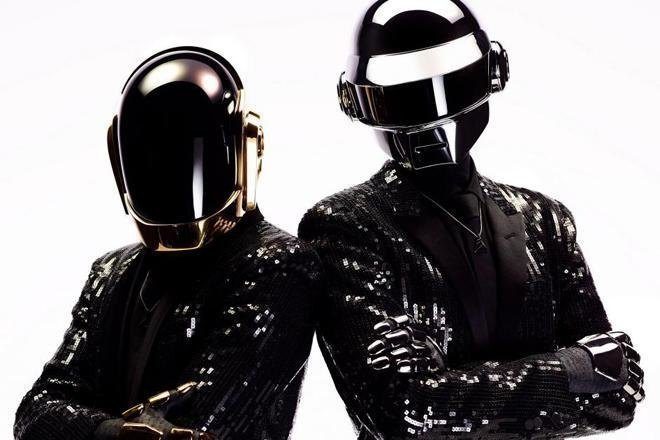 Will Daft Punk ever tour again? It's the question the world has been asking since the Alive shows in 2006 and 2007. Their live performances are the stuff of legend and the robots' return to festival stages and concert halls is one of the most hotly anticipated events in all of electronic music.

Daft Punk last performed "live" with The Weeknd at the 2017 GRAMMYs. They appeared on stage with the vocalist for a rendition of 'I Feel It Coming', one of the two tracks that the duo produced for The Weeknd's album 'Starboy'. Electronic music has a long history at the GRAMMYs but it wasn't enough to satisfy fans of Daft Punk.

Read this next: The best Daft Punk live footage

The brief sighting of the robots was less of a spectacle than their 2014 performance at the GRAMMYs, where they won Album Of The Year for 'Random Access Memories' and Record Of The Year for 'Get Lucky'. To celebrate, they performed 'Get Lucky' with a band that included Pharrell, Stevie Wonder and Nile Rodgers (the rehearsal footage can be seen here). The band also played Chic's 'Le Freak', Wonder's 'Another Star' and parts of 'Harder, Better, Faster, Stronger', 'Around The World' and 'Lose Yourself To Dance'.

Daft Punk's last live performance to a paying public was when they appeared at the climax of Pheonix's 2010 headline show at Madison Square Garden in New York. The robots joined the French band to play 'Harder, Better, Faster, Stronger', 'Around The World', 'Together' and 'Human After All' as well as Pheonix's '1901', with both acts contributing to the performances of the songs and mash-ups of tracks in true Daft Punk live style.

It was a poignant moment between the two bands – Daft Punk fans will of course know that Thomas Bangalter and Guy Manuel de Homem-Christo were in the band Darlin' with Pheonix's Laurent Brancowitz. A review of the trio's music in Melody Maker in 1993 famously referred to their "daft punky thrash" and the Daft Punk moniker was born.

Daft Punk's last headline show took place on December 22 2007 at the Showground Main Arena in Sydney. It was the last stop on the Alive 2007 tour which took in arenas and festivals across the world, starting on June 10 2007 at RockNess festival in Inverness in Scotland.

Read this next: Taft Plunk is the duo impersonating Daft Punk

Daft Punk had released 'Human After All' in 2005 and the setlist for the Alive shows featured music from the record, as well as from their first two albums, 'Homework' and 'Discovery', with different tracks blended together and mashed-up for maximum impact.

The Alive tours have gone down in electronic music history as some of the most seminal performances of any dance music act ever. The iconic pyramid stage production and visuals set the blueprint for every spectacular electronic music live show that would follow and the shows resulted in the 'Alive 2007' live album and DVD.

The shows are the reason why the return of Daft Punk to the live arena is so eagerly awaited and the Alive legend only grow stronger as the years go on.

Daft Punk's previous and first world tour took place in 1997, with the robots playing over 60 dates at venues and festivals between June and December. The tour included their live show as well as some DJ sets. They duo took their studio on the road with them to perform, with Thomas Bangalter saying "Everything was synched up, the drum machines, the bass lines. The sequencer was just sending out the tempos and controlling the beats and bars. On top of this structure we built all these layers of samples and various parts that we could bring in whenever we wanted to."

Read this next: There's a new Daft Punk book

The Daftendirekt tour went on to be immortalised in the 'Alive 1997' live album, which was recorded at Birmingham's legendary Que club. It captures the energy of Daft Punk at the time when they released 'Homework' and were fast becoming a bona fide dance music phenomenon.

Many fans thought Daft Punk would play live around the release of fourth studio album 'Random Access Memories' in 2013, but not even the official launch party at an agricultural fair in the rural Australian town of Wee Waa could lure them out.

Rumours circulated in 2017 that Daft Punk would revive the Alive tour and continue the tradition of playing shows every 10 years, with Lollapalooza and Glastonbury cited as festivals that may have booked them.

There were also heavy rumours that the duo would replace Beyoncé when she pulled out of Coachella the same year.

The robots have been active in recent years, releasing a lot of merchandise and organising a pop-up shop in LA. The closest we've got to a live sighting of them since the GRAMMYs has been a 'Technologic' art installation in Paris in 2019.

At this point, given the nature of their recent music, a live tour would require a large number of personnel and special guests – their medley at the 2014 GRAMMYs featured themselves as well as a band containing seven members, which included Pharrell, Nile Rodgers and Stevie Wonder.

Read this next: How 'Homework' changed dance music forever

And now Daft Punk are enshrined as one of popular music's most famous acts, venues would need to be big enough to accommodate the ensuing crowds. Thanks to the mythology that's been built up around the duo, they're now far more famous than they were in 2007 and 1997.

Would their return be as big budget as performances of the songs from 'Random Access Memories' require? Or would they revert to the club hits of their previous three albums? Would the pyramid be restored or would they return as part of a large band? We're hoping they haven't said goodbye to performing live, let alone the electrifying blends heard on the Alive tours, just yet.

If all else fails, there's always the tribute band.